WHAT I WANT FOR CHRISTMAS 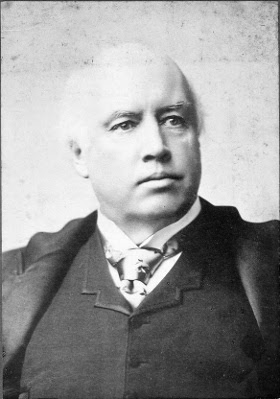 If I had the power to produce exactly what I want for next Christmas, I would have all the kings and emperors resign and allow the people to govern themselves.

I would have all the nobility crop their titles and give their lands back to the people.

I would have the Pope throw away his tiara, take off his sacred vestments, and admit that he is not acting for God — is not infallible — but is just an ordinary Italian.

I would have them tell all their “flocks” to think for themselves, to be manly men and womanly women, and to do all in their power to increase the sum of human happiness.

I would have all the professors in colleges, all the teachers in schools of every kind, including those in Sunday schools, agree that they would teach only what they know, that they would not palm off guesses as demonstrated truths.

I would like to see all the editors of papers and magazines agree to print the truth and nothing but the truth, to avoid all slander and misrepresentation, and to let the private affairs of the people alone.

I would like to see drunkenness and prohibition both abolished.

I would like to see corporal punishment done away with in every home, in every school, in every asylum, reformatory, and prison. Cruelty hardens and degrades, kindness reforms and ennobles.

I would like to see the millionaires unite and form a trust for the public good.

I would like to see a fair division of profits between capital and labor, so that the toiler could save enough to mingle a little June with the December of his life.

I would like to see an international court established in which to settle disputes between nations, so that armies could be disbanded and the great navies allowed to rust and rot in perfect peace

This will do for next Christmas. The following Christmas, I may want more.

Order books by and about Robert Ingersoll.

The Bank of Wisdom is run by Emmett Fields out of his home in Kentucky. He painstakingly scanned in these works and put them on disks for others to have available. Mr. Fields makes these disks available for only the cost of the media.

Files made available from the Bank of Wisdom may be freely reproduced and given away, but may not be sold.

The Bank of Wisdom is a collection of the most thoughtful, scholarly and factual books. These computer books are reprints of suppressed books and will cover American and world history; the Biographies and writings of famous persons, and especially of our nations Founding Fathers. They will include philosophy and religion. all these subjects, and more, will be made available to the public in electronic form, easily copied and distributed, so that America can again become what its Founders intended --

The Free Market-Place of Ideas.

The Bank of Wisdom is always looking for more of these old, hidden, suppressed and forgotten books that contain needed facts and information for today. If you have such books please contact us, we need to give them back to America.