Do Human Rights Stop at the Church Door? 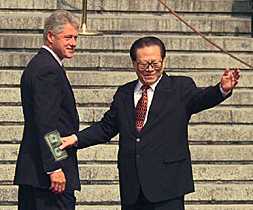 When it was announced that Bill Clinton would visit China, I found myself in the unusual position of agreeing with many Christians: I felt that he should at least speak out publically about China's appalling human rights record. He has done so, albeit gently, and for that I'm grateful. But I have a sneaking suspicion that the churches kicking up a fuss about China's suppression of basic human rights would be upset if they were held to the standards they have been preaching. To understand why, it's worth looking at another country which has been found guilty of human rights violations many times in the last few decades: the United Kingdom.

The UK is one of the few European countries not to have a written constitution or bill of rights. To their credit, the new Labour government have decided that the European Convention on Human Rights should finally be enshrined in UK law as the Human Rights Act. The document guarantees basic rights such as the right to life and the right to a fair trial. It bans torture, forced labour, and arbitrary arrests. It demands freedom of speech, freedom of assembly, and freedom of religion. You might naïvely think that the various churches would be in favor of it.

The United Kingdom does not have separation of church and state; but the official Church of England has been facing a crisis in recent years. Church attendance is down, C of E Christians are in the minority, and the links between church and government are looking increasingly anachronistic and irrelevant. In desperation, the church has been trying to find a new role, repositioning itself as 'the guardian of morality'. But the guardian of morality was very nervous about giving the citizens a bill of rights. 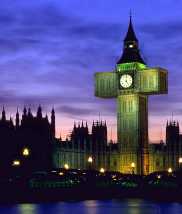 The problem is, most churches feel a need to discriminate in a way which would be unacceptable if anyone else did it. Almost all churches are naturally keen to discriminate on the basis of religion. In addition, the Catholic church is determined not to give equal rights to women, and will do anything to stop female priests from being ordained. Many Orthodox Jews are equally adamant that they must be allowed to discriminate on the basis of race -- if you weren't born to a Jewish mother, they need a way to exclude you. Meanwhile, the Church of England is struggling with the issue of discrimination on the grounds of sexual preference: it is determined not to allow homosexuals to marry, and determined not to admit them into positions of authority within the church. (Yeah, right.)

So the 'guardians of morality' told the UK government that although it was quite wrong for anyone to discriminate against them, they had to have a written exemption from the bill of rights so that they could continue to discriminate against everyone else. And shamefully, they got it: weasel words were inserted saying that churches, religious schools and charitable organizations could continue to refuse to employ people whose religious beliefs or 'manner of life' (sic) were not to their liking. The hypocrisy is staggering, but unfortunately not surprising.

So now when I see a priest or preacher speak out against discrimination and proclaim the importance of human rights, I think of a quote attributed to J.R. "Bob" Dobbs of the Church of the Subgenius:

"I don't practice what I preach because I'm not the kind of person I'm preaching to."